Five Pointers For Overcoming A Fear Of Flying 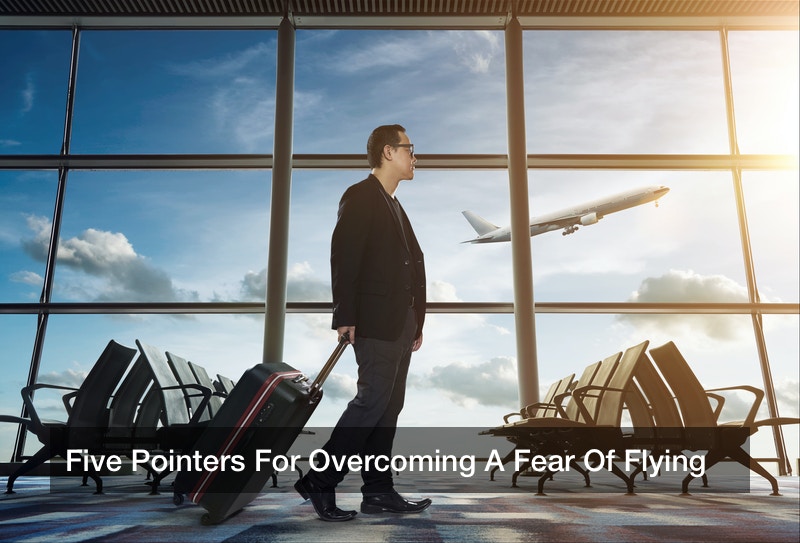 It’s estimated every day in the United States that more than 1.7 million people travel by plane. Whether flying to a vacation destination, traveling for business or perhaps visiting family, there are many reasons people fly and millions of folks see it as an enjoyable activity.

But not everyone feels that way. In fact, it’s estimated that at least 20 million Americans have a fear of flying, also known as aviophobia. There are many reasons people might fear flying and for some people, even the mere thought of flying can send a chill down the spine.

In the event that you have to fly and you have a fear of flying, here are several tips to help you overcome your fear where you’re taking a domestic flight to a Central Illinois airport or flying overseas:

Whether you’re flying to San Francisco or a Central Illinois airport on the way to Chicago, there are many things you can do to ease or perhaps even eliminate a fear of flying. In some cases, such as in San Francisco, airports have hired therapy animals such as pigs to perform and ultimately help customers calm down before they fly.

By identifying your triggers, exposing yourself to flying and embracing and then turning the tables on your anxiety, you may just come to enjoy flying rather than dreading it. Rather than worrying about what will happen during the flight, you can focus on your airport flight schedule, your flight information and the fun you’ll have at your destination.